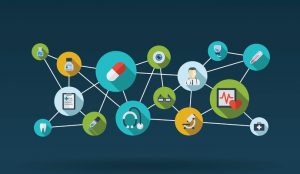 April 30, 2014 – By using clinical analytics to scan EHR records from patients in Minnesota, a team of researchers at the Mayo Clinic were able to identify new users of common antidepressant drugs, a prerequisite step in the quest for more accurate, automated ways to stratify patients for population health management.  With sharp increases in antidepressant prescriptions over the past few decades, and a greater focus on integrating mental health care into primary practice, researchers are interested in gaining insight into the underlying reasons why patients are taking these medications, along with their effectiveness, side effects, and economic impacts.

In Olmstead County, Minnesota, the vast majority of patient records are linked together by the Rochester Epidemiology Project (REP), which contains data on inpatient and outpatient visits for those patients who have approved use of their data for research.  While the REP holds a wealth of data, the information was collected in EHRs during routine medical care, and may not be optimized or properly categorized for use by researchers conducting clinical trials or clinical analytics.  To understand how algorithms could help pick out relevant information, Dr. William V. Bobo, of the Department of Psychiatry and Psychology at the Mayo Clinic, and his team conducted a computerized sweep of the files, followed by a manual review, to identify antidepressant users in the patient population.

“In addition to minimizing the risk of misclassification of medication exposures, the ability to identify incident (new) users of antidepressants and other medications is crucial for conducting pharmacoepidemiologic studies of drug effectiveness or safety,” Bobo writes. “Studies of prevalent users of study medications may underestimate effects related to drug initiation, particularly effects that occur early in the course of treatment. We therefore conducted a study to validate a computer algorithm designed to identify new antidepressant users in automated REP antidepressant prescription records, using manual medical records review as a gold standard.”

The study found that 161 of the 198 subjects, or 81.3 percent, initially identified by the algorithms were confirmed by a subsequent manual review.  When the definition of a “new user” of antidepressants was restricted to those non-geriatric patients who were prescribed typical starting doses of common drugs targeting major depression, the accuracy of the analytics increased to 90.9 percent.